Samuel J. Welch is the founder and CEO of Welch Tuning Systems, Inc. In a moment of frustration in 2015, Samuel's metaphorical lightbulb exploded into brilliance and provided him with the solution to the longstanding problem of tuning drums. Let us retrace his steps to this significant moment...

A Musician from the Start

Samuel was born in Juneau, Alaska to an artist and cartographer. Raised off the grid (meaning no plumbing or electricity) in the mountains of Colorado, he developed a strong work ethic and a keen sense of creativity and innovation from an early age.

Most importantly, Samuel found a passion for drumming...whenever and wherever possible! Starting at age 5, he turned his house, furniture, and the surrounding woods into his personal drum set.

Samuel pursued drumming throughout his childhood. He was always excited to participate in his elementary music class and later in the high school's concert, marching, and jazz bands. As every band geek knows, such experiences provide a lifelong appreciation of teamwork, love of music and creativity, and understanding that "practice makes perfect".

As an adult, Samuel has played with numerous professional bands, including Mighty High, the Deadlocks, Paper Bird, and Natural Motives. He also enjoys playing the cello, mandolin, guitar, and banjo.

Keys to His Success

Self-discipline, motivation, and determination have long been key to Samuel's success. He accredits the foundation of these skills to his early introduction to martial arts. Samuel began his TaeKwonDo training at age 5, competed in the Junior Olympics at age 8, and earned his black belt by age 10.

When he turned 15 years old, Samuel used his life's savings to purchase a rusty 1973 Toyota Land Cruiser. For the next three years, he bussed tables in restaurants every day after school. He slowly saved up enough money to buy the tools and parts needed to fix the vehicle.

Samuel finished rebuilding the Land Cruiser after 3 years of hard work, just in time to drive it to school on the last day of his senior year. He has carried this strong work ethic and pride in a job well done into every aspect of his professional career. 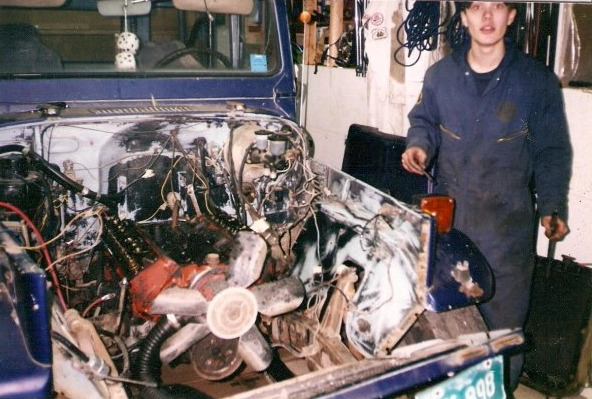 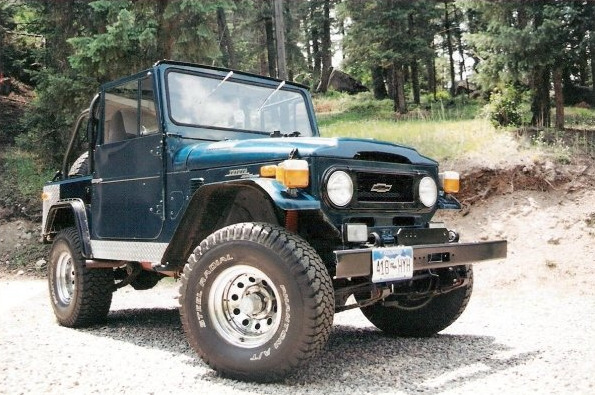 The Only Artist Blacksmith / Drummer?

Since 2004, Samuel has led a very unique career path. He initially trained as a massage therapist. Although he enjoyed the profession, few jobs were available once he graduated. While perusing a newspaper, he spotted a job opening for a Blacksmith Apprentice.

Artistically inclined and not afraid of hard work, Samuel began his career in 2006 as a highly-skilled Artist Blacksmith. Today, his portfolio features 10+ years worth of artwork and ornamental architectural ironwork that he has designed and built for multi-million dollar homes throughout Colorado, Wyoming, Idaho, and Montana. He has also worked as a glassblower and been apprenticed to a world-class luthier.

The Origin of WTS

The spark for the Welch Tuning System came to Samuel after he opened his own drum school in Evergreen, Colorado and began to work full-time as a professional drummer.

Samuel, like many drummers, was frustrated with the lengthy and inaccurate process of tuning drums. Samuel was thus motivated to develop a solution; he ultimately used his creative talents and innovative perspective to imagine his single-adjustment tensioning system.

The first prototype tuned drums so well that Samuel knew he had to make this drum kit hardware available to other drummers and music industry professionals. He formed his team and company; wrote his own patent (with help from the team, a patent attorney, and others); and worked with Patrick Auell to design, engineer, and produce a high-quality prototype.

Throughout this multi-year process, Samuel worked full-time as an Artist Blacksmith in Jackson, Wyoming. Apart from working, writing the patent, and skiing, he found time to play a number of gigs in the region. It was at a New Year's Eve gig in 2016 that Samuel met Laura Welch, now a Welch Tuning Systems, Inc. team member and Samuel's wife. In the fall of 2017, after a summer of work and play in the Tetons, Samuel and Laura moved to Denver, Colorado to work full-time on the Welch Tuning System.

Launch of New Drums at the 2019 NAMM Show

After a year of hard work and product development, and a move to northern Montana, Samuel launched the WTS Artistry Series, the first line of drums featuring the Welch Tuning System. The reception at the 2019 NAMM Show was fabulous!

The team was invited to the highly prestigious NAMM Media Day. Representatives from numerous media outlets had a chance to experience the WTS Artistry Series drums and interview Samuel and Patrick.

The show itself was non-stop action in the Welch Tuning Systems, Inc. booth. Hundreds of drummers, retailers, and manufacturers visited (and revisited!) our booth over the course of the four-day show. Many took the time to mention how impressed they were by the instant, effortless tuning and playability of the WTS drums.

After the 2019 winter NAMM Show, Samuel went on to showcase the WTS Artistry Series drums at the 2019 Summer NAMM. Once again, drummers, retailers, and other music industry professionals were blown away by the WTS drums. As a result, Samuel's company received the prestigious Editors Choice Award from Music Inc. Magazine!

Fall 2019 was highlighted by a fun weekend at the PASIC trade show in Indianapolis, IN. The Percussive Arts Society International Convention (PASIC) featured the newest and best in the percussion industry, including the WTS Artistry Series drums.

Samuel and the WTS team once again shared the WTS Artistry Series drums with the world at the 2020 NAMM Show. Now available in stores with opportunities for new retailers to join WTS, the drums made a serious impact at the show.

The most exciting and part of the NAMM Show was when Welch Tuning Systems, Inc. was awarded Best In Show in the category Companies to Watch!

Both Welch Tuning Systems, Inc. and the WTS Artistry Series drums were highlighted by Best In Show panelist Robert Christie of A & G Central Music. Robert gave a very poignant speech about the integrity, honesty, and drive of Samuel, as well as Samuel's dedication to working with retailers and creating a high-quality product.

Samuel and his team have been working non-stop to bring on new dealers, collaborate with artists, and more! Moving forward, it is Samuel's desire to lead a company based on high-end customer service, quality products, and a love of music. He believes the WTS Artistry Series drums will help every drummer Live In Tune™.

The Engineer Behind the Welch Tuning System Drum Hardware